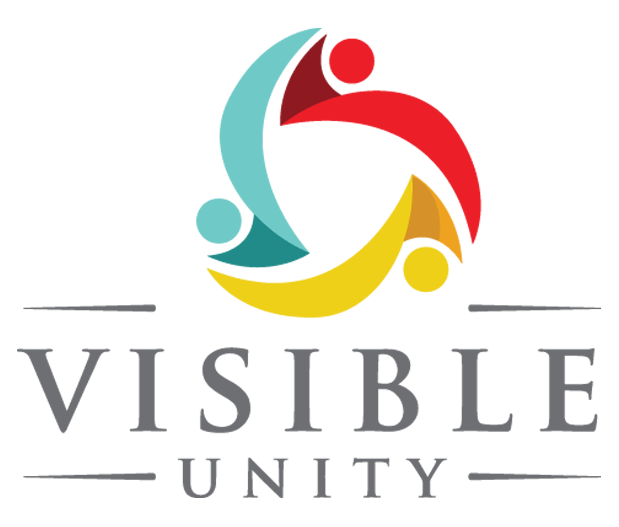 Visible Unity was created in response to a call from God.

In 2015, founder, Pam Fields was walking through her life, working full time in the non-profit arena and studying Global Leadership in the DMin program at Bethel University when she received an idea and prompt from God. The idea: Visible Unity. The prompt: use your experiences, knowledge and the Christ model to build cross-cultural relationships in an effort to elevate love, acceptance and understanding in society. Given no more instruction than that, Fields settled into a period of prayer, meditation and listening, and out of that preparatory period came the Unity Process, a nine-month engagement process that brings diverse people together.

Fields formed partnerships with various groups to engage their members in the process, but the biggest supporters initially were Circle of Love and First United Methodist Church – Dallas. From both congregations, over twenty people signed up to participate in the first Unity Process (UP). That was in February 2016. In August 2016, Fields conducted the first session of UP with nine participants, a diverse group that consisted of men and women, blacks and whites.

With UP underway, God instructed Fields to incorporate more structure around UP by establishing Visible Unity as a non-profit and creating a second program, Visible Community, which keeps UP participants and others involved in relationship building and cross-cultural engagement.

“Long before I received the official call from God, he was preparing and equipping me for the work. As a student at Bethel Seminary, I was introduced to the South African Truth and Reconciliation process. That, along with my extensive professional background in the non-profit and government sectors, as well as my educational studies in Global and Contextual Studies, Personal and Spiritual Formation, Religion, and being a certified Ambassador of Peace converged at this very moment when healing and reconciliation is so desperately needed,” stated Fields.

Visible Unity is a 501c3 recognized by the state of Texas and the IRS. A board of directors manages its strategic focus. Day to day operations are carried out by the founder, volunteers, board members and consultants.